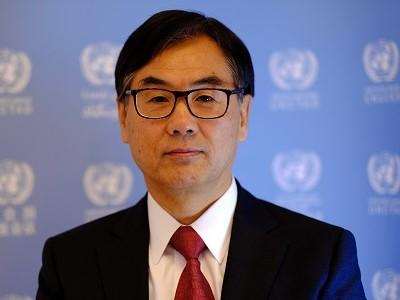 James X. Zhan is director of investment and enterprise at UNCTAD. He leads the team of the World Investment Report and is editor-in-chief of the Transnational Corporations journal. He chairs the Governing Board of the UN Sustainable Stock Exchanges Initiative (with all major stock exchanges worldwide as members). He has provided policy advice to numerous governments (including heads of states and cabinets) and parliaments, and global summits (including G20 and BRICS). He led the formulation of global guidelines for a new generation of investment policies, which are used in over 100 countries. He also led the establishment of the World Investment Forum. He is chief strategist for the World Association of Investment Promotion Agencies and was Global Agenda Council member of the World Economic Forum. He has held several advisory positions in academic institutions (including at Cambridge University, Columbia University and Cornell University and Oxford University). He has extensive publications on investment, trade and technology related economic and legal issues.