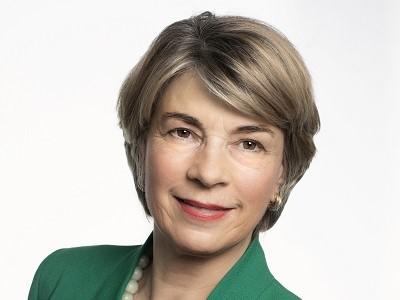 Barbara Kux is a recognised Board Director with a longstanding international board and executive experience. Her supervisory board mandates include Henkel and the privately owned fragrance and flavour company Firmenich, where she is Vice Chairman. In 2019 she has been appointed to the board of Grosvenor Group in London. Previous Board of Directors mandates included Total where she was a member of the Governance Committee and Engie. In 2016, the EU Commission nominated her to the High Level Panel for Decarbonisation with the objective to give strategic advice on green research and innovation in Europe. At INSEAD she is a member of the Advisory Council and acted as Director in Residence for Corporate Governance.

From 2008 until 2013 Barbara Kux was a Member of the Managing Board of Siemens, as the first woman in the 160 year history of the company. There she increased results from the global growth of green businesses and supply chain management by several billions of euros, just as she had done previously at Royal Philips, where she was a Member of the Group Management Committee. Under her leadership, both industrial companies reached top positions in the Dow Jones Sustainability Index; in 2012 and 2013 Siemens was distinguished in this index as the most sustainable industrial company of the world. In both companies she implemented digital transformation programs. As a member of the SDSN Leadership Council for the United Nations she contributed to the definition of the UN Sustainable Development Goals (SDG’s).

In the 1990s Barbara Kux led Nestlé in the emerging markets of Central and Eastern Europe, where she established the company as the leader in fast moving consumer goods, after she had achieved the same there for ABB in power generation based on organic growth and acquisitions. She had started her professional career in 1984 as a Management Consultant of McKinsey in Germany.

After studies in Switzerland and as an AFS scholar in the USA, Barbara Kux earned her MBA with distinction from INSEAD Fontainebleau.