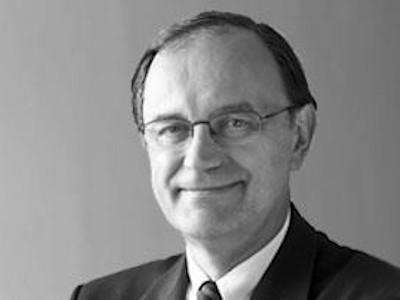 At the special request of the French government, he recently prepared two reports on the future of the accounting profession (June 2018) and on propositions to develop further non-financial information (“Ensuring the relevance and reliability of non-financial information: an ambition and a competitive advantage for a sustainable Europe”). He is currently Chair of the Project Task Force (Corporate reporting Lab@EFRAG) created to respond to the request received from the European Commission on preparatory work for the elaboration of possible European Union non-financial reporting standards.

Patrick de Cambourg, a Political Sciences graduate (Sciences Po Paris), holds also degrees in public law and business law and is Bachelor of Arts. As chartered accountant and auditor, he spent his professional career within the Mazars Group, successively as junior, manager and partner. He became President of Mazars in 1983. In 1995, he was appointed as Chairman of the Management Board of the newly created international partnership and became in 2012 Chairman of the Supervisory Board. Since late 2014, he has been Honorary President of the Mazars Group.