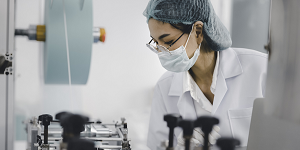 Investment promotion agencies form Costa Rica, Mauritius, the Netherlands the Republic of Korea and Seychelles are honoured during the 7th World Investment Forum.

UNCTAD has awarded on 19 October investment promotion agencies (IPAs) from Costa Rica, the Netherlands and the Republic of Korea for excellence in promoting investment in health sectors.

The winners of the United Nations Investment Promotion Awards were announced at a special ceremony during UNCTAD’s 7th World Investment Forum (WIF), held virtually from 18 to 22 October and attended by thousands of investment stakeholders from around the globe.

This year’s awards were given in recognition of the role that IPAs have played in supporting government efforts to strengthen the healthcare system in the wake of the COVID-19 pandemic, which has cost millions of lives and overwhelmed hospitals worldwide.

The agencies were recognized particularly for promoting new investment in health infrastructure; in the manufacturing of medical devices, pharmaceuticals and vaccines; in the production of personal protective equipment; in digital health; and in life science research.

UNCTAD Secretary-General Rebeca Grynspan highlighted the relevance of the topic of this year’s award as countries try to recover from the health crisis and its economic fallout.

“In these awards we recognize the critical importance of attracting investment in the health sector for countries to build resilience and preparedness to health crises. Costa Rica, the Netherlands and the Republic of Korea provide the best examples,” she said.

“Additionally, we look to Mauritius and Seychelles, both small island developing states doing pioneering work to facilitate investment in the blue economy.”

James Zhan, director of UNCTAD’s division on investment and enterprise added: “Many governments have been prioritizing the strengthening of the health sector, and investment promotion agencies have responded to this call through efforts to attract investment in health-related projects.”

The Costa Rican Investment Promotion Agency (CINDE) received the award for the depth and quality of information its website provides on the health and related sectors, for its online and social media presence, which gives visibility to case studies and news on investments in the health sector, and for facilitating innovative partnerships that strengthen the health ecosystem in the country.

Invest in Holland was awarded for its online investment promotion activities showcasing the Netherlands as a connected, life-sciences metropolis and presenting information on the country’s enabling environment for investment in health, including on policy, research and human talent.

Invest Korea was recognized for the wide-ranging coverage of the health sector on its virtual outreach channels, including online tools, sector guides and reports, information about investment opportunities, and incentives and databases on potential partners.

Special awards for the blue economy

During the ceremony, special awards were also given to the Mauritius Economic Development Board and the Seychelles Investment Bureau for their work promoting investment in the blue economy.

Mr. Zhan said the two agencies, both working in small island developing States, are front runners in promoting and facilitating investment in marine resources in line with their governments’ development objectives.

They developed strategies to attract investment for the exploitation, preservation and regeneration of the marine environment, have dedicated webpages with sustainable investment opportunities in ocean and coastal resources and regularly share their experience and expertise with counterparts and partners.

The UNCTAD awards on investment promotion date back to 2002. Since then, more than 60 agencies have received prizes and special recognition for excellence in promoting and facilitating investment and for their contributions to achieving the Sustainable Development Goals.

The awards ceremony was part of a series of WIF meetings and events, including workshops, seminars and conferences, tailored to IPAs and special economic zones (SEZs).

The subjects covered include the digitalization of investment promotion and facilitation, the promotion of investment in health and tourism post pandemic, the link between SEZs and sustainable urban development, and the contribution of foreign investment to the economic recovery of least developed countries.