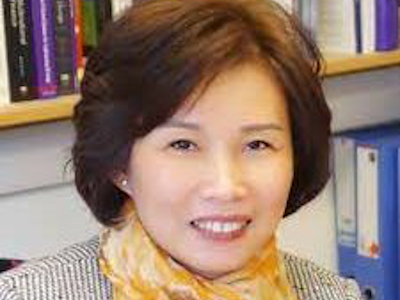 Prof. Xiaolan Fu is the Founding Director of the Technology and Management Centre for Development (TMCD), Professor of Technology and International Development and Fellow of Green Templeton College. She was appointed by the Secretary-General of the United Nations to the Ten-Member High Level Advisory Group of the UN Technology Facilitation Mechanism and to the Governing Council of the UN's Technology Bank for Least Developed Countries. She is also a member of the UN SDSN Leadership Council led by Jeffrey Sachs and a member of the Council for Global Economic Transformation co-chaired by Joseph Stiglitz and Michael Spence. She is the 2019 winner of the CFA Asia-Pacific Research Exchange Award (CFA Institute), the 2018 winner of the Best Journal Paper of the Year Award (European Academy of International Business), and the 2017 winner of the Best Paper Award (European Association of Management (EURAM) Innovation Strategic Interest Group). Her research interests include innovation, technology and industrialisation; trade, foreign direct investment and economic development; emerging Asian economies; innovation and productivity in the UK/US. She has published extensively in leading international journals independently or in collaboration with others. Her recent books include Innovation under the Radar (forthcoming), China's Path to Innovation, China’s Role in Global Economic Recovery and The Rise of Technological Power in the South. She is Editor-in-Chief of the Journal of Chinese Economic and Business Studies, and serves on the editorial boards of Industrial and Corporate Change, International Journal of Technology Management, and four other international journals. Professor Fu has received large research grants from funding bodies that include the European Commission, ESRC, EPSRC, British Academy, DFID, and the Cairncross Foundation. She also received the European Commission EFMD Gate2Growth 2005 'European Best Paper' Award, Emerald Literati Network Awards for Excellence 2012 Outstanding Paper Award, and European Association of Management (EURAM) annual conference Innovation Strategic Interest Group 2017 Best Paper Award. She has been a consultant for UNDESA, UNCTAD, UNIDO, the World Bank, the OECD, the European Commission, the ILO, the Commonwealth Secretariat, UKTI and the Chinese government. Professor Fu serves on the Advisory Expert Group of the OECD Global Investment Forum and the DFID/ESRC Economic Growth Directorate (DEGP), and was President of the Chinese Economic Association (Europe) and CEA (UK) in 2010-11. She currently serves on the Management Committee of the Oxford University China Centre. She is also a Senior Research Associate at the University of Cambridge and University of Tsinghua, and a Visiting Professor at Fudan University. As a leading China expert, she has participated in various media interviews and panel discussions including for the BBC, Sky News, CCTV, CGTN, People's Daily, and China Daily. In 2014 she was invited to address the UN General Assembly on ‘Science, technology and innovation in developing countries’.