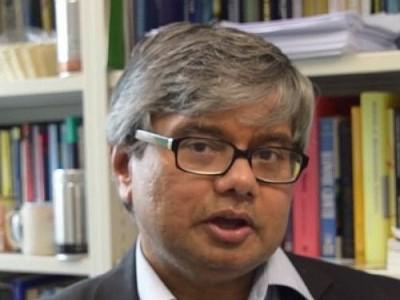 Professor Sen is a leading international expert on the political economy of growth and development. He has performed extensive research on international finance, the political economy determinants of inclusive growth, the dynamics of poverty, social exclusion, female labor force participation, and the informal sector in developing economies. His research has focused on India, East Asia, and Sub-Saharan Africa.

Professor Sen has over three decades of experience in academic and applied development economics research. He is the author of eight books and the editor of five volumes on the economics and political economy of development. His books include The Political Economy of India’s Growth Episodes (2016), The Process of Financial Liberalization in India (1997), and the Economic Restructuring in East Asia and India: Perspectives on Policy Reform (1995). His is a co-editor of Deals and Development: The Political Dynamics of Growth Episodes (2018) and The Politics of Inclusive Development (2016). And has also written twenty-five chapters in other volumes and published more than ninety peer-reviewed journal articles on topics in his field.

Professor Sen has been awarded the Sanjaya Lall Prize in 2006 and Dudley Seers Prize in 2003 for his publications.