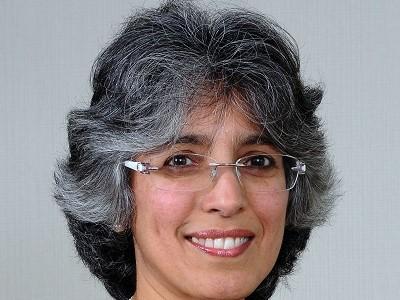 Ms. Meher Pudumjee is the Chairperson of Thermax Ltd, a company focused on providing energy and environment solutions.

A postgraduate in Chemical Engineering from the Imperial College of Science &amp; Technology,London, Meher joined Thermax as a trainee engineer in August 1990. A year later, along with her husband Pheroz, they took over the responsibility of turning around a Thermax subsidiary in the UK.

After her return to India in September 1996, she was appointed on the Board of Directors and worked closely with the finance function of Thermax. She was also involved with overseeing a Joint Venture Company focused on drinking water,as well as the Air Pollution Control businesses of the company. In the years 1999 to 2001, she played an active role in the turnaround of Thermax.

Meher took over as Chairperson on October 5, 2004, after the retirement of Mrs. Anu Aga. She represented India at the Asian Business Women’s Conference in Osaka in 2006. The World Economic Forum in 2008 selected her as a Young Global Leader for her professional accomplishment, commitment to society and potential to contribute to shaping the future of the world. She was selected CEO of the Year 2009 by Business Standard. She served as the Chairperson of Pune Zonal Council of the Confederation of Indian Industry (CII). When a member of CII's Young Indians,she chaired the National Employability initiative.

Meherisa philanthropist, musician and on the Boards of multiple ‘not for profit’ organisations -Teach for India, Shakti Sustainable Energy Foundation, Pune City Connect Development Foundation and also Chairs the Board of Akanksha Foundation and Social Venture Partners in the city of Pune.

She has two children and enjoys spending time with her family.