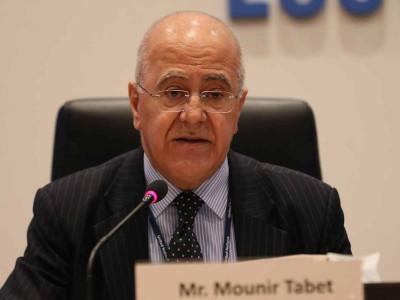 Mr. Mounir Tabet (Canada) took up his official functions as Deputy Executive Secretary of the United Nation Economic and Social Commission for Western Asia (ESCWA) on the 7th of September 2018.

Prior to this, Mr. Tabet served as the UNDP Country Director for Iraq (2016-2018) where he oversaw the program on stabilization and transition.

From 2013 to 2016, Mr. Tabet served as the UN & UNDP Resident Coordinator in Tunisia, providing support to the transition including on electoral support, constitution making, parliamentary effectiveness and anti-corruption.

Previously, Mr. Tabet was the Country Director of UNDP Egypt (2007-2013) where he led support to development efforts. From 2004-2007 he was the Senior Program Advisor in the Regional Bureau for Arab States in UNDP HQ in New York.

Between 1989 and 2003, Mr Tabet served in a variety of country and HQ positions with UNDP. Prior to joining UNDP, Mr. Tabet worked with the North South Institute and the International Development Research Centre in Ottawa and the University of Ottowa.