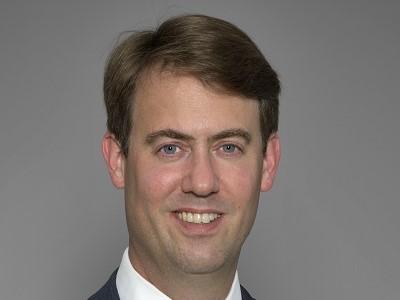 8th generation member of the Hentsch family, Edouard de Saint Pierre joined the family business in 2018 within the COO office for the Private Bank of Lombard Odier where he was responsible for the portfolio of projects, strategic initiatives and digitalization of the Private Bank. In June 2021, he moved to Paris to head the French market.

Before joining Lombard Odier, Edouard de Saint Pierre was COO for the Latin American markets at J.P. Morgan in Geneva. With a strong focus on international business development, he was previously responsible for setting up a local bank in Saudi Arabia for J.P. Morgan and a local bank in Mexico for UBS.

Engaged on topics such as social entrepreneurship, Edouard de Saint Pierre fostered a partnership between J.P. Morgan and the NGO Ashoka in Switzerland.

Member of the FBN, he is also interested by governance issues in family businesses.

Edouard de Saint Pierre holds a Master degree in International Relations from the Graduate Institute of International and Development Studies. He is married and father of two children.